This technique involves construction of loadbearing columns made from gravel or crushed stones that can share the load with the surrounding soil. 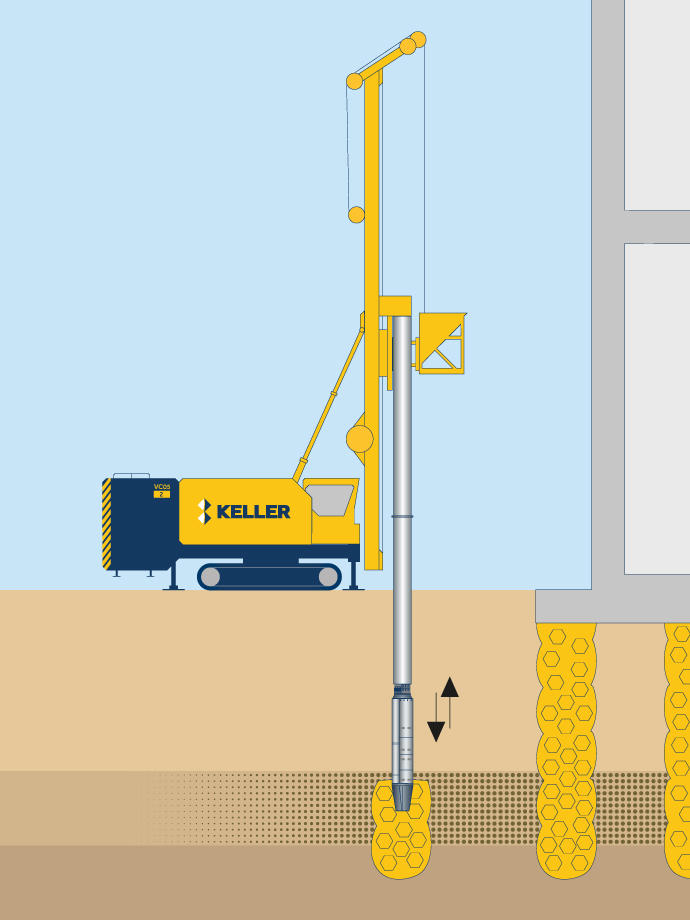 Vibro rigs can be fully instrumented with an on-board data acquisition system. Data from the system, such as amperage and lift rate, can then be recorded and displayed in real-time alongside specified target values on an in-cab monitor. This monitoring allows the operator to correct any deviations in real-time during the construction process to keep the vibro compaction within project specifications.

The vibro equipment we use is designed and manufactured by our in-house equipment manufacturer exclusively for use by Keller companies.

In-house quality production manager software enables us to capture and analyse data in real time and valid the performance of the ground improvement being carried out.

A variety of production parameters are generally logged during execution including depth, current, pull down force, uplift/pull down sequence, time and date and element number.